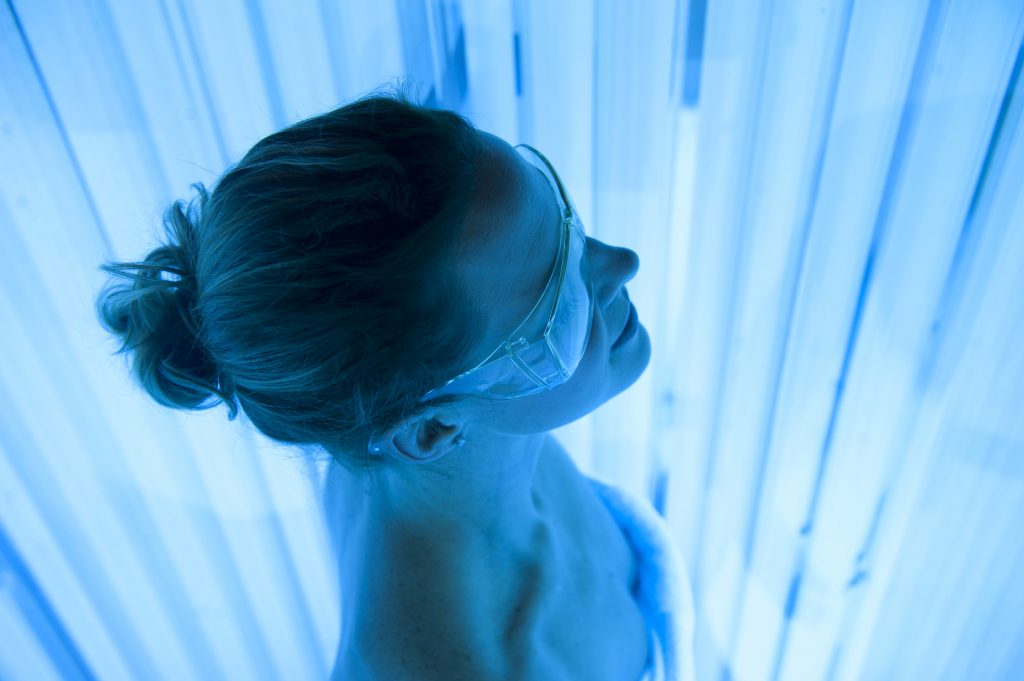 Phototherapy or Light therapy is a method of medical treatment that involves exposure to fluorescent light bulbs or other light sources such as sunlight, halogen lights, and light-emitting diodes (LEDs) for the treatment of certain medical conditions.

There are several kinds of phototherapy, as well as different kinds of technique used by different doctors. The method a doctor decides to use will depend on the condition that is being treated.

Phototherapy is also known as light therapy and heliotherapy.

Modern phototherapy has advanced from the use of sunlight to using artificial light sources. The contemporary technique started with Niels Ryberg Finsen. Generally regarded as the brain behind modern phototherapy, Neil treated a skin condition known as lupus vulgaris using only sunlight and ultraviolet radiation.

From that time till date, the usage of phototherapy in the medical sector grew, new techniques were refined and developed, and the treatment method eventually gained widespread acceptance.

Skin disorders such as itchy skin,  eczema, vitiligo, psoriasis, and skin symptoms of cutaneous T-cell lymphoma may be treated with the aid of phototherapy.

Phototherapy as a method of treatment involves the use of UV light, which is a kind of light that can be found in sunlight—to reduce the growth of skin cells and inflammation.

Three primary types of phototherapy are used for the treatment of skin disorders:

It has been discovered that the effects of phototherapy for skin disorders are usually temporary.

This means that though it is useful, it’s not a permanent treatment, and you may need to undergo several sessions, also called maintenance therapy, over your lifetime if you wish to maintain the results.

Phototherapy for Mood and Sleep Disorders

Phototherapy has also been used for the treatment of mood and sleep disorders, although it’s mostly called light therapy in these contexts. The most common conditions it is used to treat are circadian rhythm sleep disorders and seasonal affective disorder (SAD).

SAD stands for seasonal affective disorder, also popularly called seasonal depression, and it comes up as a result of seasonal changes. SAD usually starts in the fall and lasting all through the winter season.

Light therapy for seasonal affective disorder involves the use of a lightbox, which is a specially created box that gives off soft light at a standard wavelength.

Light therapy, when used in this manner has several side effects you must know about. Some of these side-effects are insomnia, headaches, fatigue, irritability, and hyperactivity.

Light therapy is often recommended for the seasonal affective disorder because even though it has side effects, they are very minimal and often temporary, and it is also an easy and relatively inexpensive method of treatment.

Also, if this treatment method works for you, you may if it easy to reduce the amount of anti-depressant medication you have to use (if any).

Phototherapy has also been tested as a treatment method for non-seasonal depression. However, as it stands, even though some studies presently support the use of light therapy for nonseasonal depression, and suggest it is worth a shot, there’s no medical consensus suggesting it’s an effective treatment.

Phototherapy can be of help to those who are dealing with circadian rhythm sleep disorders like DSPS (delayed sleep phase syndrome).

People with DSPS who try phototherapy make the shift to standard sleeping times and patterns. With treatments of this kind, the time when it is done is quite remarkable.

Your sleep specialist or doctor will help you determine the perfect time to be exposed to the UV light after considering your individual symptoms.

A specific kind of phototherapy called photodynamic therapy is used for the treatment of certain types of cancer and precancers. It involves the use of a particular type of drug, known as a photosensitizer, in combination with a specific kind of light.

Photosensitizers make a specific kind of active oxygen that, if exposed to specific light wavelengths, destroys nearby cells.

The photosensitizer medication is applied topically to the body. The drug is absorbed by both normal and cancerous cells, but it is believed that the medicine concentrates preferentially in cancer cells that divide quickly.

Photodynamic therapy is adopted for the treatment of cancer like endobronchial cancer (non-small cell lung cancer), cancer of the esophagus, and precancerous conditions such as Barret’s esophagus.

In addition to being termed phototherapy, you may hear someone refer to photodynamic therapy as photochemotherapy or photoradiation therapy.

However, the application of this therapy is mostly limited to areas where light can get to, which is usually just under the skin, and it may not be if much help with cancers that have already spread.

Phototherapy has been in used for over sixty years to treat jaundice and hyperbilirubinemia ( which is the yellowing of a baby’s eyes, skin, and body tissues as a result of excess bilirubin). In such a case, phototherapy is used for the reduction of the baby’s bilirubin levels.

Bilirubin quickly absorbs light, will then breakdown the bilirubin to substances that can be processed and excrete by the baby’s body.

Babies with jaundice are treated with phototherapy in two significant ways. The most common way is to cover the child’s eyes and put them under fluorescent lamp lights or halogen spotlights.

For babies who have already been treated with the conventional overhead lights or are born preterm, “biliblankets” is a method that may be used.

Also called fibreoptic blankets, these blankets are laid with fiber-optic cables, which will shine the blue light onto the child’s back and entire body.

Blue LED (light-emitting diode) devices and Compact fluorescent light tubes are also used to give newborns phototherapy treatment. These lights can be kept close to the child’s body as they do not produce a lot of heat.

At present, scientists are trying out the use of phototherapy for the treatment of other medical conditions such as hair loss and diabetic retinopathy.

Phototherapy, as a method of treatment, has several risks that you must know.

For one, it is almost common knowledge that ultraviolet rays can cause gradual damage to your skin if you continue to expose yourself to it. This premature aging of the skin caused by ultraviolet rays is also known as photoaging.

Also, undergoing a series of PUVA treatments for skin conditions or doing photodynamic therapy for cancer will make your eyes more sensitive to light.

If you do not protect your eyes adequately after such procedures, their sensitivity may lead to permanent eye damage from exposure to sunlight or other bright lights and even the development of cataracts.

Who needs to Avoid Phototherapy?

Phototherapy is an excellent treatment method, but If you fall into any of the categories below, you have to avoid getting a phototherapy treatment, or at the very least, talk to your doctor or dermatologist before doing anything.

If you found this article helpful, please do not hesitate to leave a comment below.